We would like to express our warmest thanks to those acclaimed fellow-travellers on the highway of our musical culture who have responded to our invitation to make a reality of the idea of the co-existence of the singing of chants from the hymnography of the Orthodox Church with improvisations on a host of musical instruments.

One more study in the series ‘Classic Church Music’ is added, entitled ‘Tones and Modes’, as the fulfilment of an obligation and a proposal for education. The human voices of the Byzantine choir interpret chants by ecclesiastical composers which cover a period of composing activity from the mid seventeenth century down to the present time in a progression of the Byzantine oktoechia from the principal (First, Second, Third, Fourth) to the plagal modes (First Plagal, Second Plagal, Varys and Fourth Plagal), with the interleafing and highlighting by skilled musicians of string and wind instruments in a review of modes.

“… He liked very much both the church and the ‘outer’ music”, we read in Alexandros Papadiamantis. He also records: “Then began the melodies. First, the Christos Anesti, and then the ‘outer’ music.” We have another interesting testimony concerning Fr Synesios, an important Athonite monk-cantor at the Holy Stavroniketa Monastery in the early 20th century: “He passed from the Hymn of the Cherubim to the laghiarni, from the laghiarni to havades of the sevda, before coming to the amanedes.”

Enjoy listening to these tones and modes which have carved their impression on memories and tradition.
CONSTANTINOS ANGELIDIS
Protopsaltis, teacher of the psaltic art 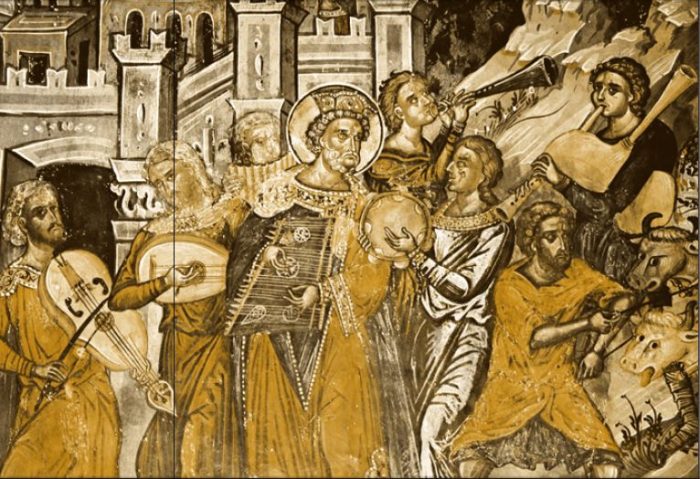 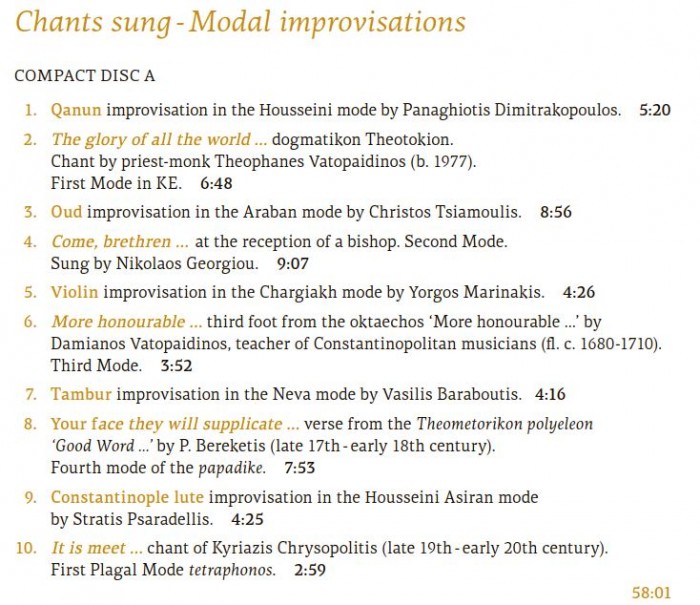